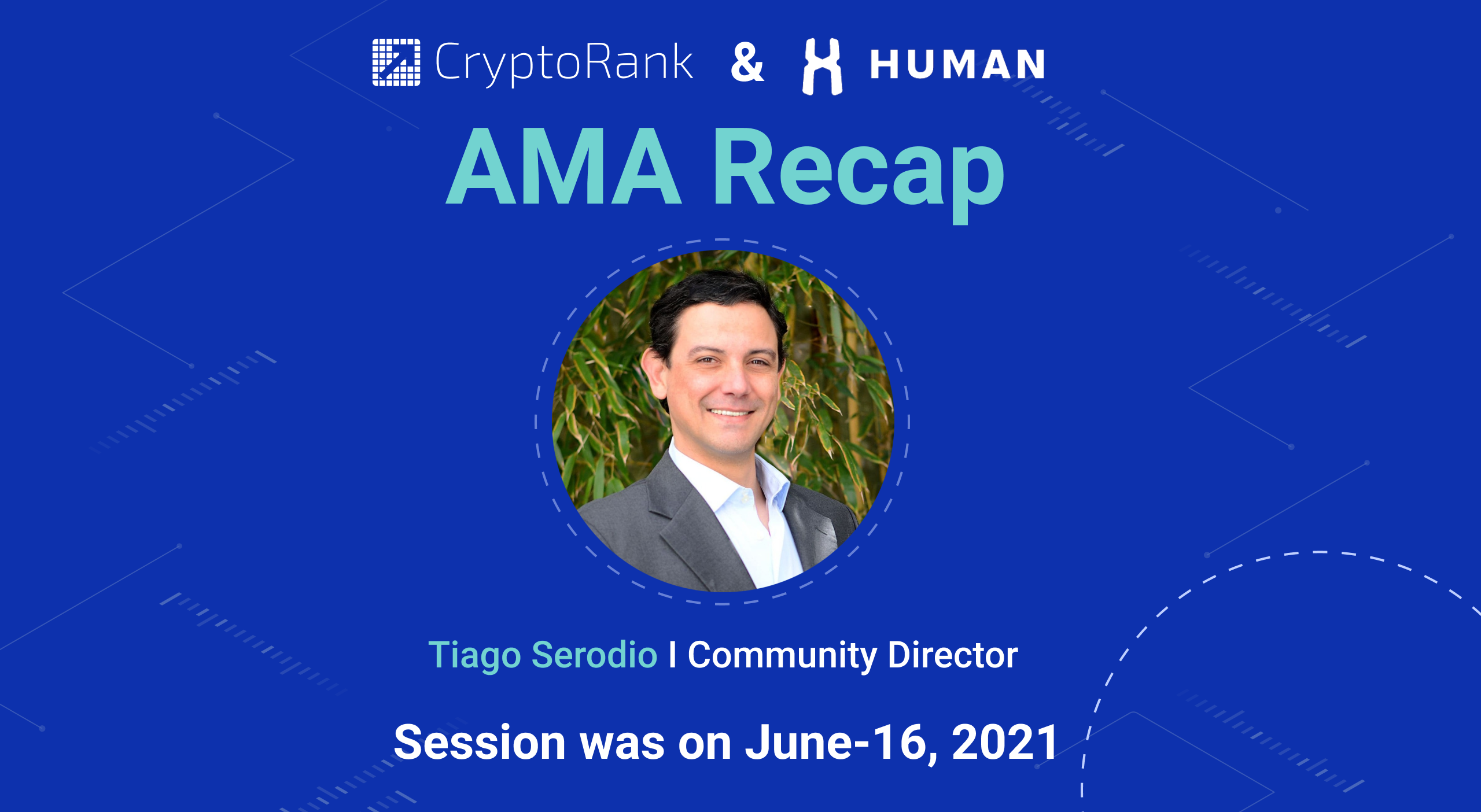 HUMAN Protocol powers decentralized marketplaces where you can request and contribute virtual work within the world’s largest labor pool.

Today we have Tiago Serodio as Community Director of HUMAN Protocol joining us to answer our questions for the next hour. 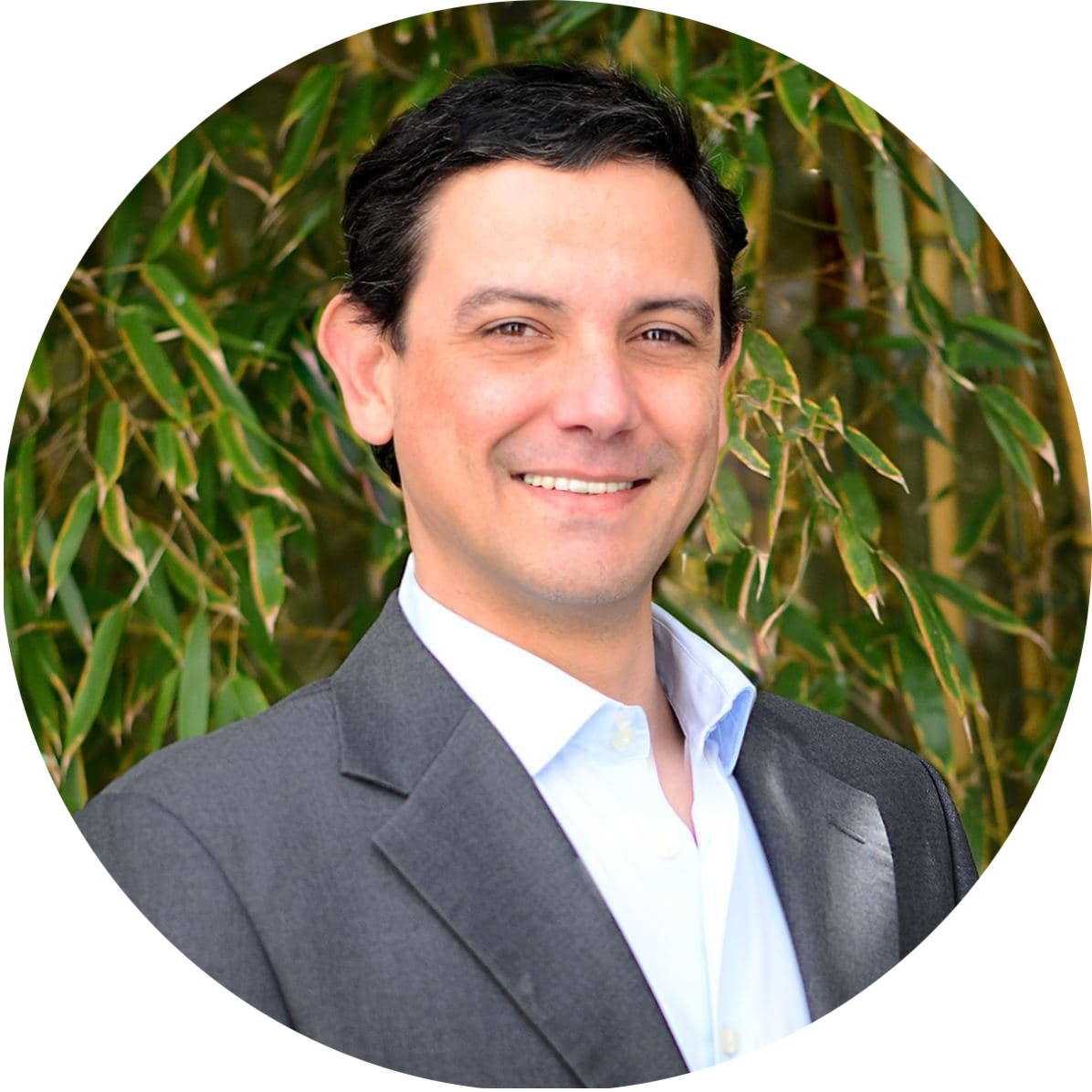 Tiago Serodio, HUMAN Protocol‘s Community Director
I started my professional journey as a miner, with an Avalon (IIRC) and then a 6 GPU rig to mine alts. Recently I was with the Cardano Foundation, and only left because I got mind-blown by what HUMAN Protocol is aiming to achieve.

#1. Can you tell us about HUMAN Protocol? What problems do you solve, both in the space and for the community?

Tiago: – yeah! HUMAN Protocol is looking to create the world’s largest, decentralized and fair marketplace of jobs and workers. Imagine a kind of UpWork or Fiverr, but on steroids, specifically targeted to the artificial intelligence (AI) and machine learning (ML) labs all over the world.

Imagine a kind of UpWork or Fiverr, but on steroids 💪

On one side you have job requesters who provide large amounts of data sets – sends to an exchange system we are building, plus a bounty – and on the other side you’ll have workers. Anyone in the world solving puzzles and questions of all kinds of complexity

#2. Could you shortly describe the milestones HUMAN Protocol has achieved, and tell us about your upcoming plans?

So we are releasing mainnet very very soon! In the meantime, the first use case for our tech is an app called hCaptcha, Google’s #1 competitor to reCaptcha, but does not secretly collect user data and monetises it without your consent.

hCaptcha is used by Cloudflare, which means 15% of the entire internet is using HUMAN Protocol under the hood. This means several hundreds of thousands of daily active users, settled on the Ethereum testnet!

#1. What kind of partnerships with different projects/platforms/protocols can we expect from Human Protocol in the future? Could you give us some examples of how other projects can leverage Human Protocol

Tiago: – Good question. We are currently testing and working along with dozens of integration partners. Not only have we created Proof-of-Humanity, an anti front-running bot detection system for MetaMask, we will also pursue other wallets.

We’re also testing dozens of chains. Despite settling on Ethereum, we will be chain agnostics and leverage all their individual qualities.

Here is an idea

Tiago: – Human Protocol Labs is releasing a native wallet, the HUMAN wallet in addition to the added “Proof-of-HUMANity” functionality, so what will be the HUMAN wallet role in HMN ecosystem?

Proof-of-Humanity and our wallet and our HMT native wallet are two completely independent things.

Our wallet is the gateway to our ecosystem. It is through it that user will be able to interact with all the cool things we’re building

Proof-of-Humanity is a way to integrate hCaptcha into existing human-machine interfaces, to avoid bots

#3. Why was Ethereum Polkadot Solana Ziliqa, Algorand chosen as the core networks of the Human Protocol? Do you think there is any downside to this choice?

Tiago: – No downside, only plusses! Each chain has radically different architectures. Layer 1 chains, para-chains, side-chains… all have pros and cons. We a leveraging all the pro’s in each.

Depending on the type of job requested, these will be “chopped” up into smaller chuncks and sent down different chains according to the specificities and intricacies of each job. This could be from a simple 1+1=?, the difference between a bicycle and a motorbike, or complex radiology imaging to detect cancer.

So in essence, being chain agnostic permits us to do more, and scale faster!

#1. Artificial intelligence has made machines think and behave like humans and most companies has adopted this technology to save cost in the long term. Why do machines still need our skills and expertise to get jobs done? How would companies using human and machine expertise save cost?

Machines need our help because they have no real intelligence. They need humans to verify their answers, until a certain degree of statistical confidence is guaranteed, and then the AI is deployed to go solve real-world problems.

If I’m a big company, I might have a big job where I am building a smart car label data by working with 40 thousand people, normally it would be difficult to hire, contract, pay and manage these teams, and make sure the work done meets the requirements.

#2. Can you say 3 unique points that make your project different from others?

Tiago: – We have no competition, as far as we know
– We are chain agnostic through our design
– Our product is in extremely high demand in the AI and ML industries

#3. Can you explain to me what the #HMT platform’s main goal is to make your project stand out from the crowd? and can you use the HMT token in real life?

Tiago: – HMT will be a regular ERC-20, so anything currently done can be replicated with HMT. However, the #1 goal is to create the world’s largest, decentralized and fair marketplace and workforce, anyone can participate in, in any part of the world, without restrictions.