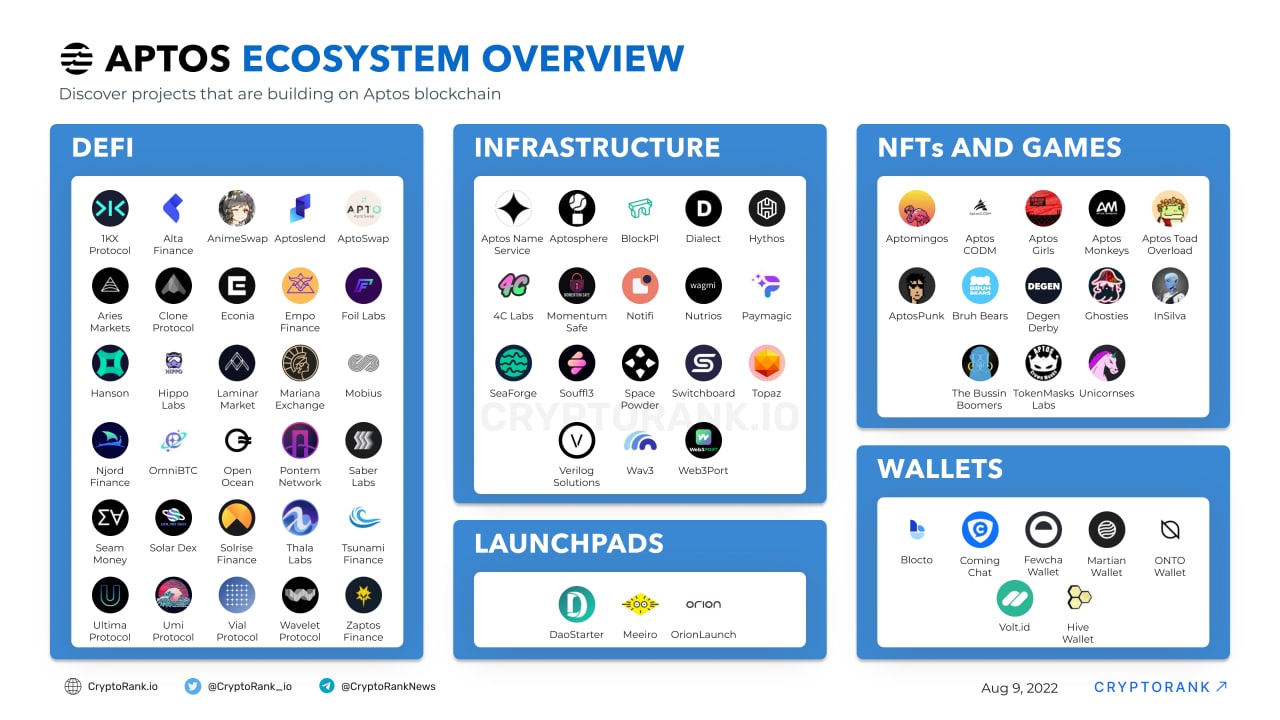 Aptos is a Layer-1 blockchain that is expected to become one of the most scalable. Aptos Labs has already secured significant investment from tier 1 funds, including Binance Labs, a16z, and Coinbase Ventures. Although Aptos has not yet released its token, several projects built on Aptos have already launched testnets. Discover projects that are building on the Aptos blockchain to learn more about the ecosystem.