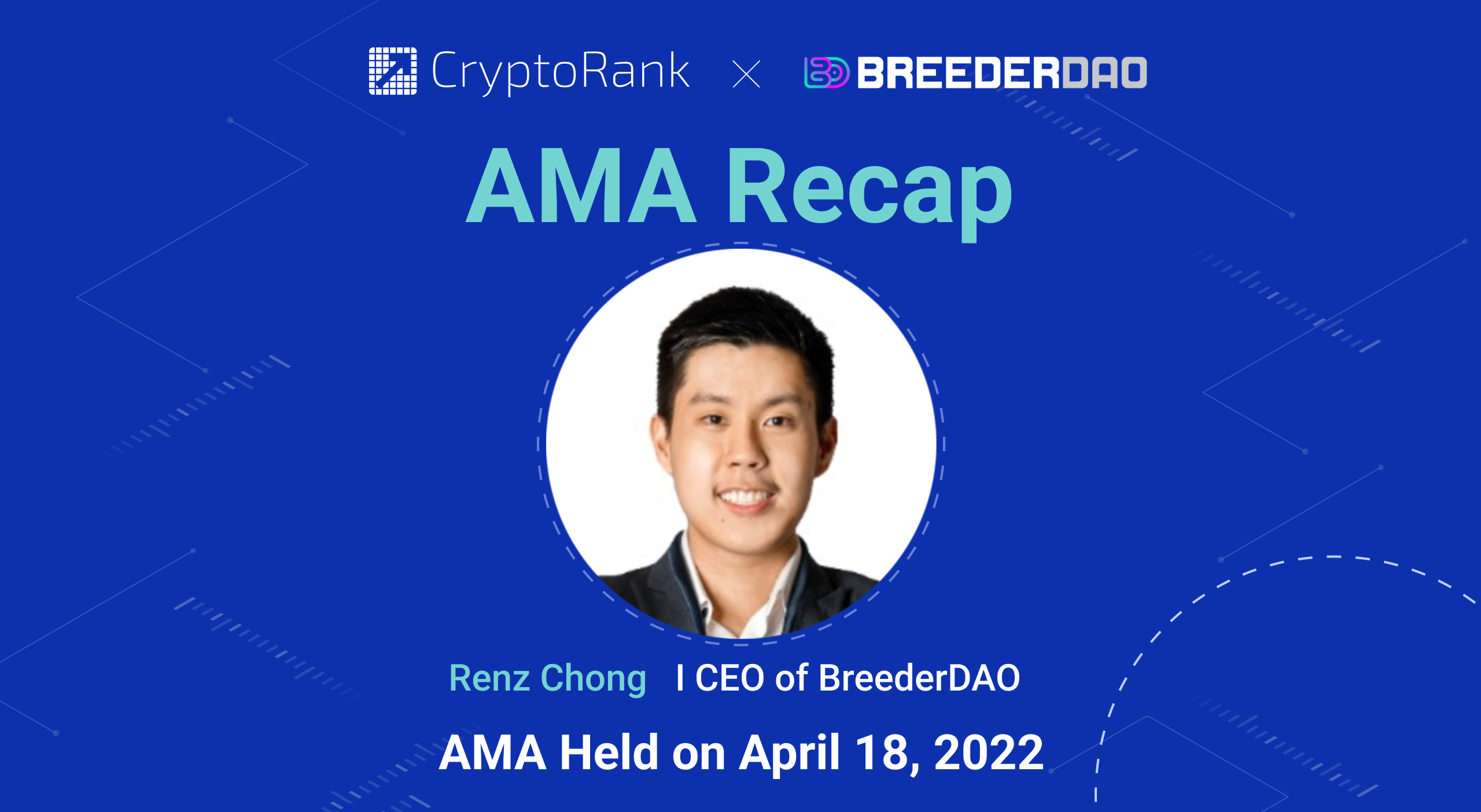 On April 18th, 2022, Renz Chong, CEO of BreederDAO, joined us in our Telegram Community chat to answer our questions.

BreederDAO is a go-to asset production factory for quality gaming assets of the Metaverse.

Renz Chong is CEO of BreederDAO. He started off as a consultant across multiple industries and different countries working with strategy, business development and data analytics. After which, he moved to startups and found out about major developments in crypto and blockchain technology implementation in gaming.

Questions from the CryptoRank Team

Q1: Can you tell us about BreederDAO? What problems do you solve, both in the space and for the community?

Renz Chong: BreederDAO is the go-to asset production factory for quality gaming assets of the Metaverse. It’s basically an FMCG company like P&G or Unilever but instead of retail consumer goods, we produce digital goods. We generate curated assets that deliver best value at scale for some of the largest guilds in the Metaverse so they can supercharge their growth.

Core business is really producing assets at scale. But it’s not just about the quantity but also the quality. You see when you look at the entire production line, there’s actually a lot more than just the actual generation of the assets. There’s also buying the resources, identifying the right assets to generate, optimizing for the ideal traits, then selling the assets.

For the longest time since Axie Infinity skyrocketed, blockchain gaming has only been limited to games and guilds. BreederDAO is the first of its kind in the space to touch on the supply side and we act as the bridge between the games and the guilds.

Q2: Could you briefly describe the milestones BreederDAO has achieved, and about your upcoming plans?

Renz Chong: The most immediate milestone is to do the IDO and to distribute the tokens to the market and allow the community to participate in the governance of the DAO as well as take advantage of the numerous utilities that we have for the token. We are planning to do our public sale on Copper this April 26 to April 29.

Following that we’re going to continue building the products that we promised including but not limited to analytics dashboards, mass breeding tools, governance platforms, breeder chutes (initial breeder offerings). We’re also still continuing our efforts in building our extensive network of games and guilds in becoming one of the pillars of the play-and-earn space.

Q1: All the goals of BreederDAO, is absolutely great, But One of the main factors users looking for in the crypto project is the use cases of the token? So what are the Use cases of $BREED  token in your platform? What are your plan to increase the adoption of $BREED token?

Renz Chong: We made sure to structure our token utility around the three main holders or users that we expect: 3Gs — 1) Games, 2) Guilds, and 3) General Public. For games, we’ll have so-called production lines (similar to Tokemak Reactors) that will allow holders to vote on which games we should market-make for or provide liquidity to. For guilds, we’ll have some sort of initial breeder offerings that will enable holders (primarily guilds) to get first dibs on initial batches especially for hot games with limited initial production capacity. For the general public, apart from share of yield, we’ll give them access to our tools (e.g. mass breeding) and the amount stake is directly correlated to the number of assets they can produce with our tools.

We firmly believe that eventually, the value that we create will speak for itself and that the people will realize that. The tools that we are building will be nothing like the market has ever seen or used before and we will constantly iterate on our product so we will continue to provide more value to the community. So long-term holders can expect that we will continue to deliver regardless of the price of the token.

Q2: I would really love to know how the trait optimization engine and asset pricing model works.

Renz Chong: Sure, so using technology, machine learning and automation to make data-driven decisions isn’t really something new. What is new though is the amount of data that these new blockchains have that the academe and data scientists have yet to explore. A lot of the data we find across these different games, chains, ecosystems are still very much untouched and undiscovered. Naturally because that intersection between data scientists actually interested in blockchain, and are able to actually pull data through a node on a blockchain, let alone a chain that isn’t a top 10 chain or even an EVM, it’s very much a niche and tiny population.

So by using the latest innovations, mainstream as they may be, across machine learning and data science, we can make semi-automated and eventually fully-automated high-level strategic decisions based on a multitude of factors initially pooled together by our game/business development team. We’re lucky enough to have people regularly ranking in the top 20-30, 40, (One of our guys for example just ranked in the top 50 I think for Origin last week) and they are a tremendous help for the data team in getting those initial key movers that swing algorithms towards the profitable direction.

Q3: Could you tell us a bit about the cost of creating an NFT asset from a specific game in BreederDAO? will it be a fixed price? Or will it depend on the characteristics of the design and the abilities that it will have?

Renz Chong: The cost to create an asset varies on a game per game basis and depends on the mechanics designed by the game. Similar to retail or any asset trading, the cost and price of an is primarily driven by supply and demand. Specific designs and abilities are rarer than some, and the materials required to craft one is also more expensive. As a result, these assets fetch higher prices in the market.

Another important factor would be market liquidity, the more of the same assets exist in the market, the larger the supply, hence the cheaper the asset. The reverse is also true. Overall, these games still ultimately follow the laws of economics. Wants and needs play a similar role here just as much as the physical space.

Q1: I know BreederDAO is in constant discussions for collaboration with new and existing blockchain-based play-to-earn games looking to scale the player base. And I found that the utilization rate of guilds’ scholarship programs is 9.61%, , could you plz tell us what this data means?

Renz Chong: Essentially it’s the numbers of scholars that they have against the total number of people in their discord community. This is actually the best proxy that we have to give people an estimate of just how much demand there is in the space and to highlight that indeed, the real bottleneck here is the supply.

Q2: Has BreederDAO passed inspections? What kind of security measures have you taken to ensure smart contract security, is the platform secure?

Renz Chong: We are partnered with Certik and Hacken right now but are currently in talks with Diligence from Consensys to integrate automated testing, and are always entertaining more auditors because we believe that blockchain security is an ongoing process. We’ve seen so many dark forest, MEV white hat rescues and we like to keep up to date always with hacks and exploits, it’s kind of a guilty pleasure of our team over at the solidity department. As we know, even multiple auditors can miss out on what turns out to be massive security holes, hence we choose to spare no expense when it comes to audits not just for the smart contracts but for the dapps and user interfaces that host these smart contracts.

Renz Chong: In-game economics did not just suddenly appear out of thin air when blockchain application to games was discovered. These economies were already prevalent with the likes of Eve Online and blockchain simply just made it easier to establish the trading of these assets.

I do believe however that the current model is too early to judge. Think of it as like a scientific experiment where we constantly change the variables one by one until we actually develop a formula that works. We wont know where it’s gonna head, but I’d bet my money on it being on continuous improvement and this is just the beginning for sure! 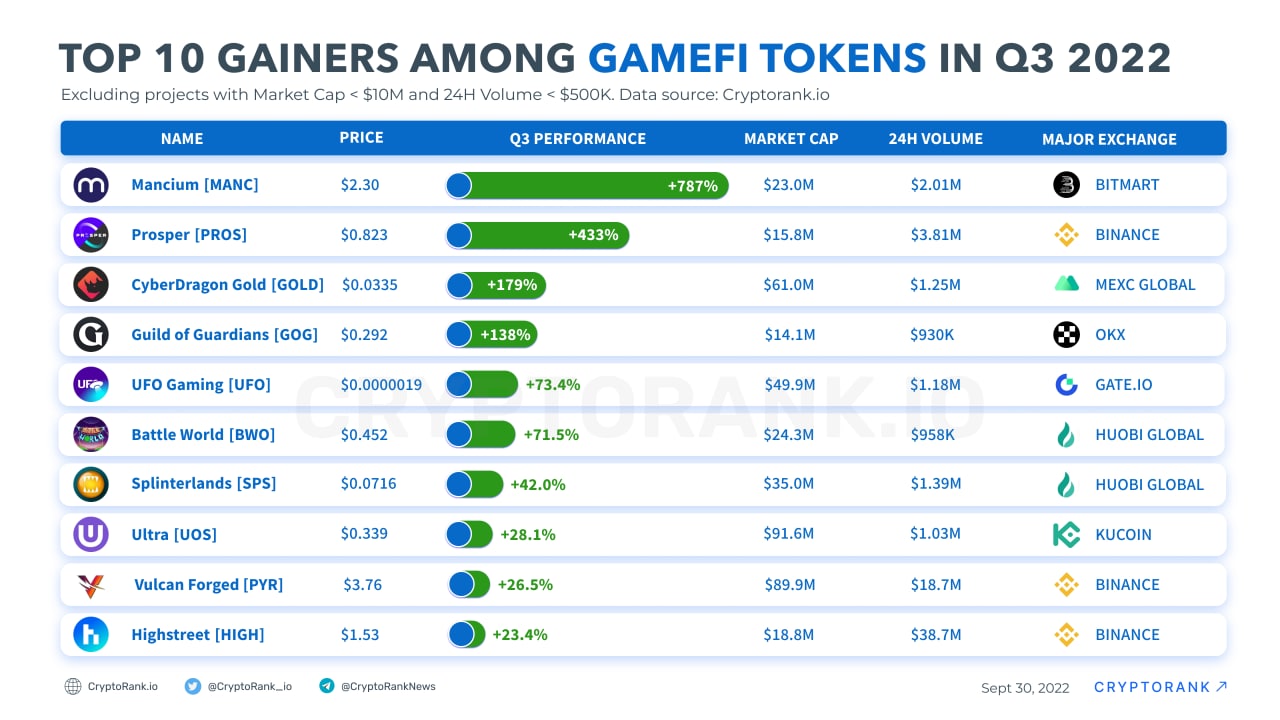 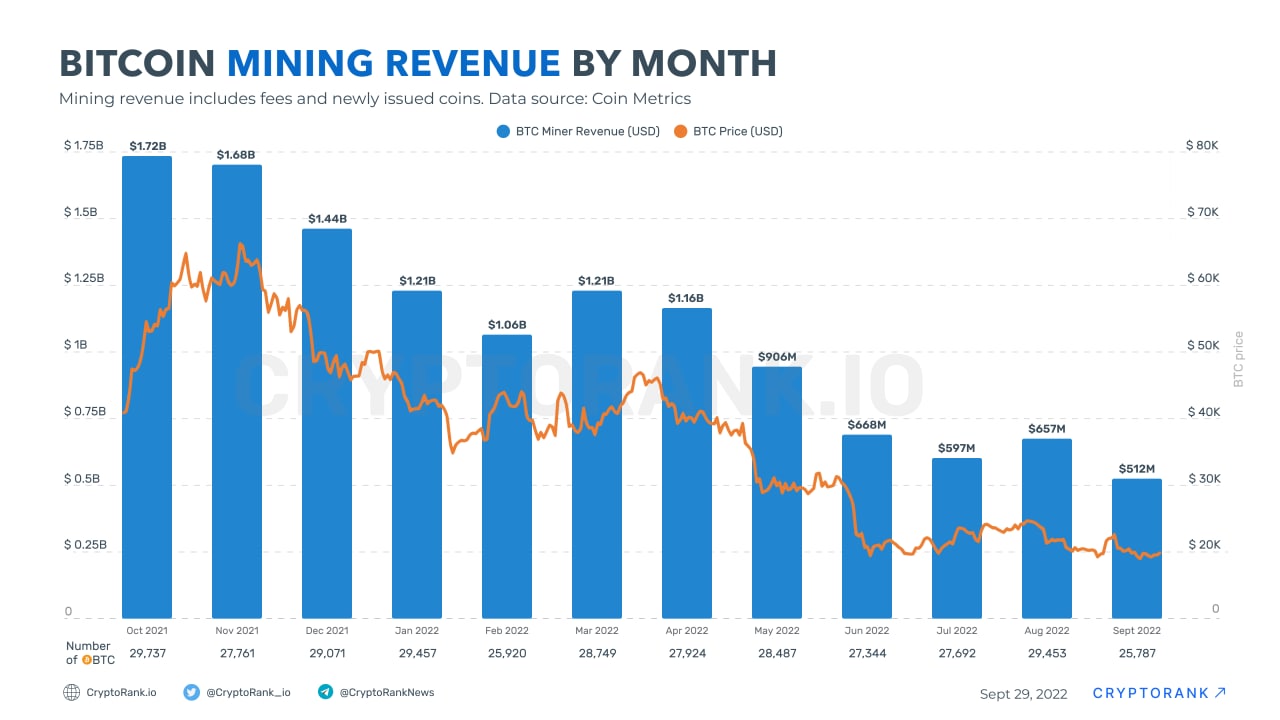 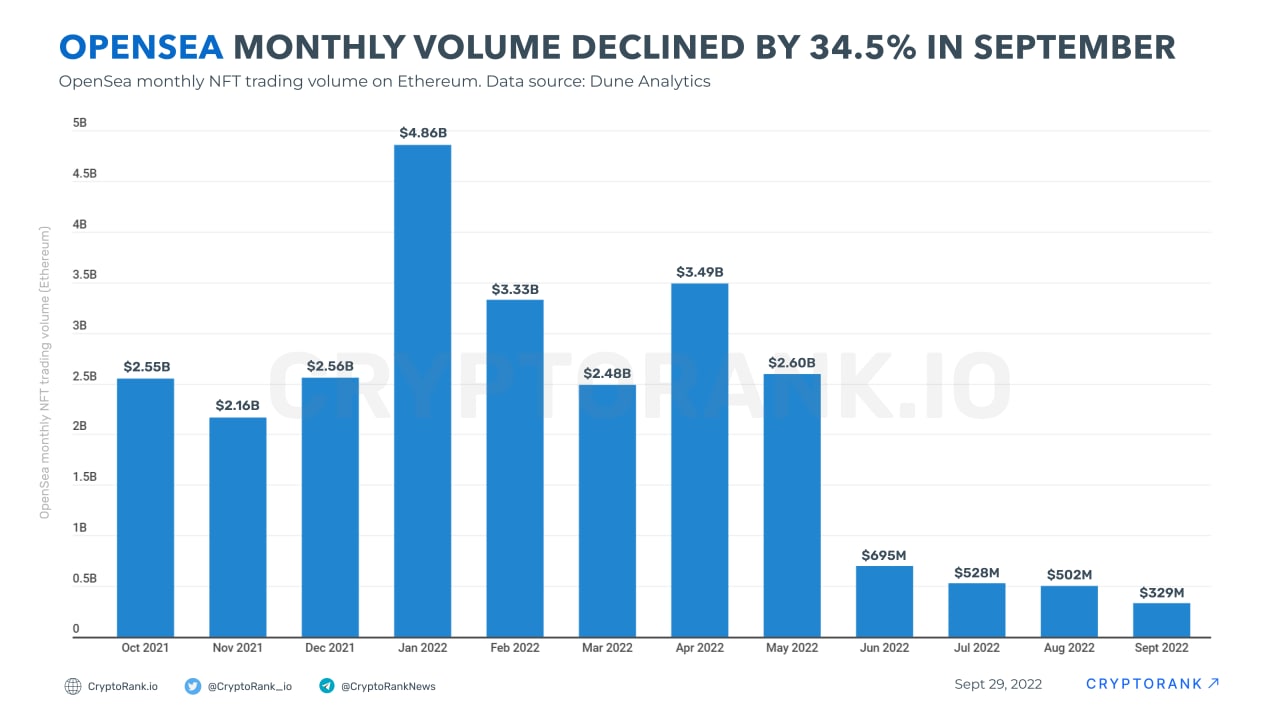 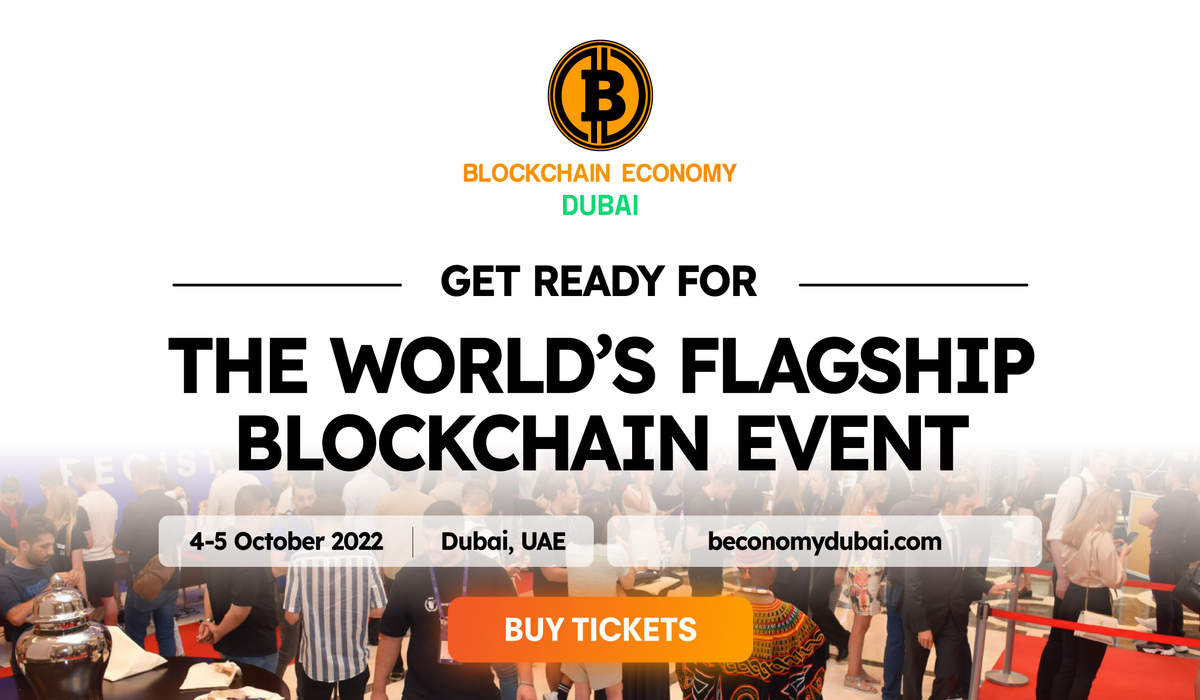