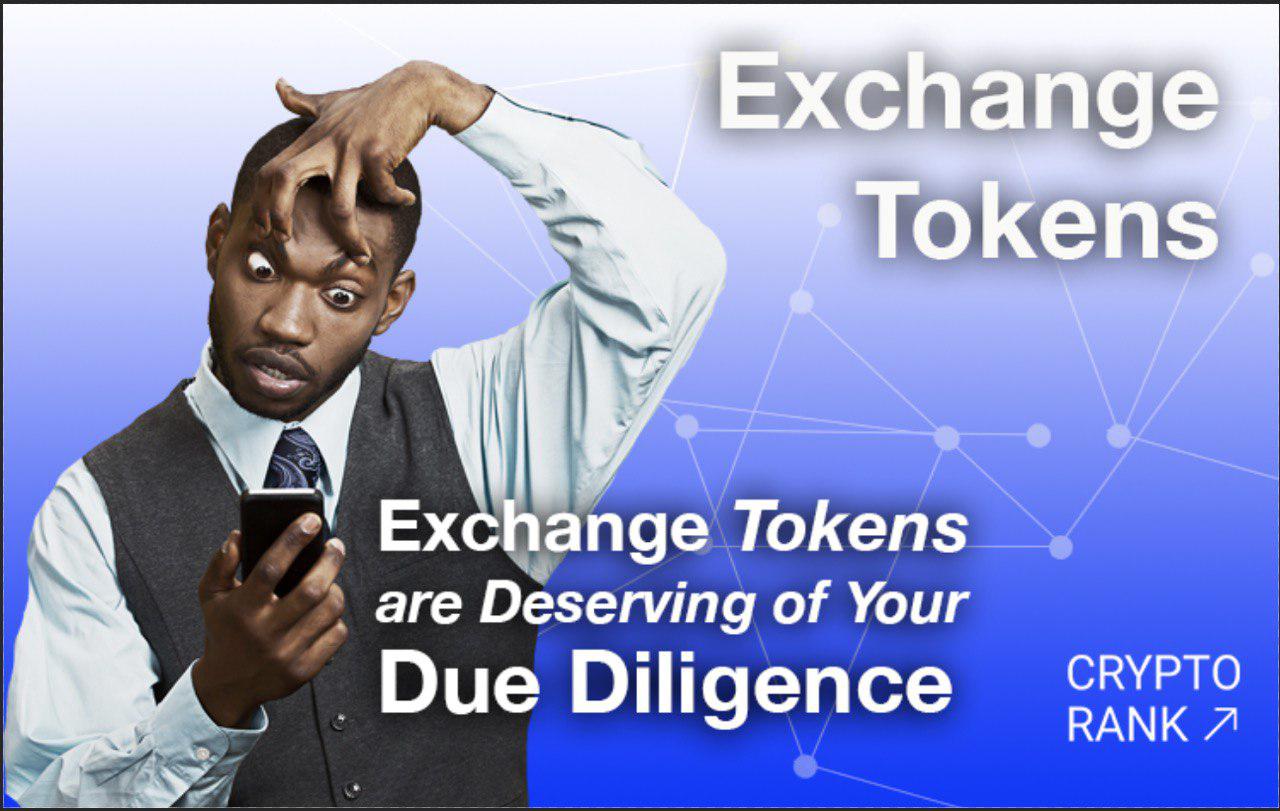 This year, exchange tokens showed the highest ROI relative to the whole market and other sectors, such as infrastructure projects or IoT. Since the beginning of the year, some tokens, such as BTMX or BNB, have made almost 7X(7 times their value), overtaking the rise of Bitcoin value.

In 2019 exchange tokens have become very popular. Almost every exchange found it necessary to release its own token. CryptoRank currently tracks 53 of these tokens.

What has caused such popularity?

Globally, crypto enthusiasts are working hard to make cryptocurrency tokens usable. In many categories of projects, creating an economic system for applying a token is extremely difficult. Thus, more than 95% of project tokens are lightly used in a project ecosystem or are not used at all.

In contrast, exchange tokens are a real case scenario built into the exchange’s trading volume. The development of business and an increase in trading volume on the exchange can positively affect the growth of the token’s value, while it’s effectively participating in the exchange ecosystem. In other project categories, business development does not have a significant impact on the token, so they exist separately from each other. In 2018, the non-usage of tokens led to the depreciation of many projects up to >99% of its ICO value.

The exchanges resemble the model of traditional profitable companies. The financial results of the exchange affect the exchange token rate due to its burning, as well as the application of dividend or other bonus policies.

Why exchange token rates are rising

Exchanges may use several models to maintain the rate of their tokens or to stimulate its growth. Some of them are:

Later in this article, we are going to look at them in more detail. We will try to determine which model turns out to be the most effective and can bring the maximum profit.

The exchanges use the token burning model in proportion to a certain part of the profits or commissions. Besides, the token burn occurs during certain events, such as the Fast Track and Huobi Prime lite on the Huobi exchange. Since April 2019, Huobi has burned tokens worth 6,832,347 HT, which is equal to $25,143,036 at a rate of $3.68. This is a significant portion of the Huobi tokens in circulation. Check the details within this link.

As a rule, exchanges provide open information on burning tokens, and it is not difficult to calculate how much the number of circulating tokens decreases and when this will happen.

How many tokens the exchanges burn:

Okex — 30% of commissions are in the spot market.

Bitfinex — 27% of gross income + at least 95% of recovered net funds from Crypto Capital + at least 80% of refunded funds from hacking BitFinex.

Some exchanges use the dividend model: Kucoin, Bibox, Switcheo, to name a few. If dividends exceed the average yield, for example, from staking, landing, or another opportunity to receive passive income, then dividends count as attractive and begin to support the price.

You can find a dividend calculator on every exchange.

The IEO investors are required to keep the exchange token to participate in most IEOs. A prime example of how an exchange token can be used for IEO participation is the CNNS project on Gate.io. With a hard-cap of $3,600,000, CNNS eventually collected $112,484,280, showing an oversubscription of 3,124%

Since the announcement of IEO on the Gate.io until the CNNS’ IEO, the token price has increased by 25.3% (from $0.75 to $0.94, with a circulation of 150,000,000 GT). At the same time, the GT token’s capitalization was around $141,000,000. This resulted from the use of 80% token allocation for IEO charges with strong pressure from buyers and  CNNS’ IEO investors, who subsequently raised the price to a peak of up to $1.1. However, Gate could not keep the interest in IEO at a high level, so the token rate decreased since it is no longer used in the Gate.io exchange.

You can read more about investing in IEO in our previous article.

Mining and adding tokens to circulation

The exchange token rate depends on the increase in circulation. Therefore an analysis of unlocked or issued exchange tokens is necessary. Some exchanges use transaction mining, such as Bitmax or FCoin.

You should assess how much the circulation of tokens will increase over the period of interest and how much this may affect the price. Without growth in demand, the release of new tokens will irreversibly lead to a fall in prices.

Most exchanges offer a discount on a commission for using its token. We need to assess more about this offer: how it is profitable, in demand, and sensible.

For example, the Binance and Huobi exchanges introduced very attractive models for holding exchange tokens. The more tokens held by the user, the more advantageous discount he/she can get.

The use of exchange tokens to receive discounts, in this case, will also be calculated in the millions of dollars.

Voting for listings, access to services, governance, the ability to influence and be part of the exchange’s ecosystem

Exchange tokens’ hold provides an opportunity to vote for the listing, thereby the ability to influence and manage the listing system of exchanges in your interests. The more you can influence and decide in the exchange system, the more valuable the token holding becomes.

Applications in other projects and forms

A large number of projects are currently being transferred to Binance Chain. For the evaluation of BNB, indicators of the blockchain cryptocurrency are already beginning to be used, for example, such as an indicator as NVT and others.

Analysis of growth in the period

In assessing, historical volume growth on the exchange is vital to forecast future growth based on historical data and further possible prospects for volume increase. It is also necessary to analyze the change in the occupied market share in terms of the trading volume.

As a result, one should carry out a SWOT analysis to understand the possibilities of the exchange and key risks.

All listed indicators should be used in complex analysis because taking into account all the indicators, a holistic picture will emerge about the prospects of the exchange and its token.

On CryptoRank, you can find the following information about exchange tokens: 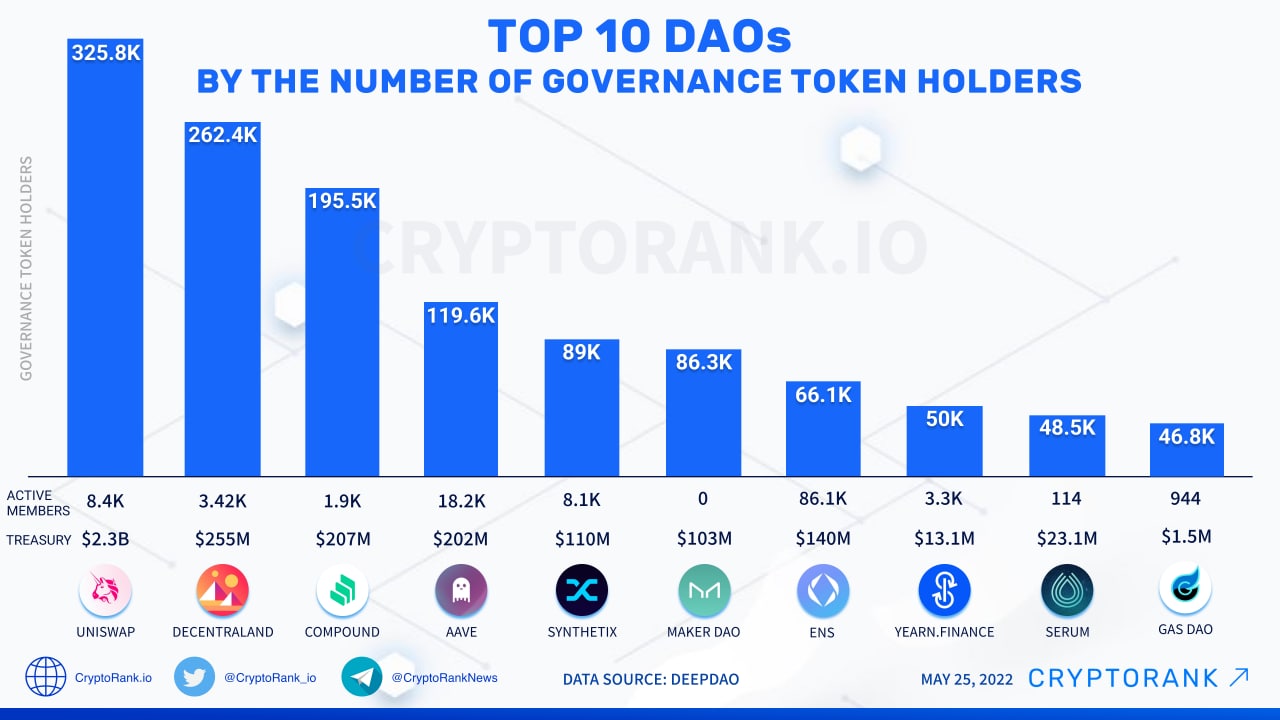 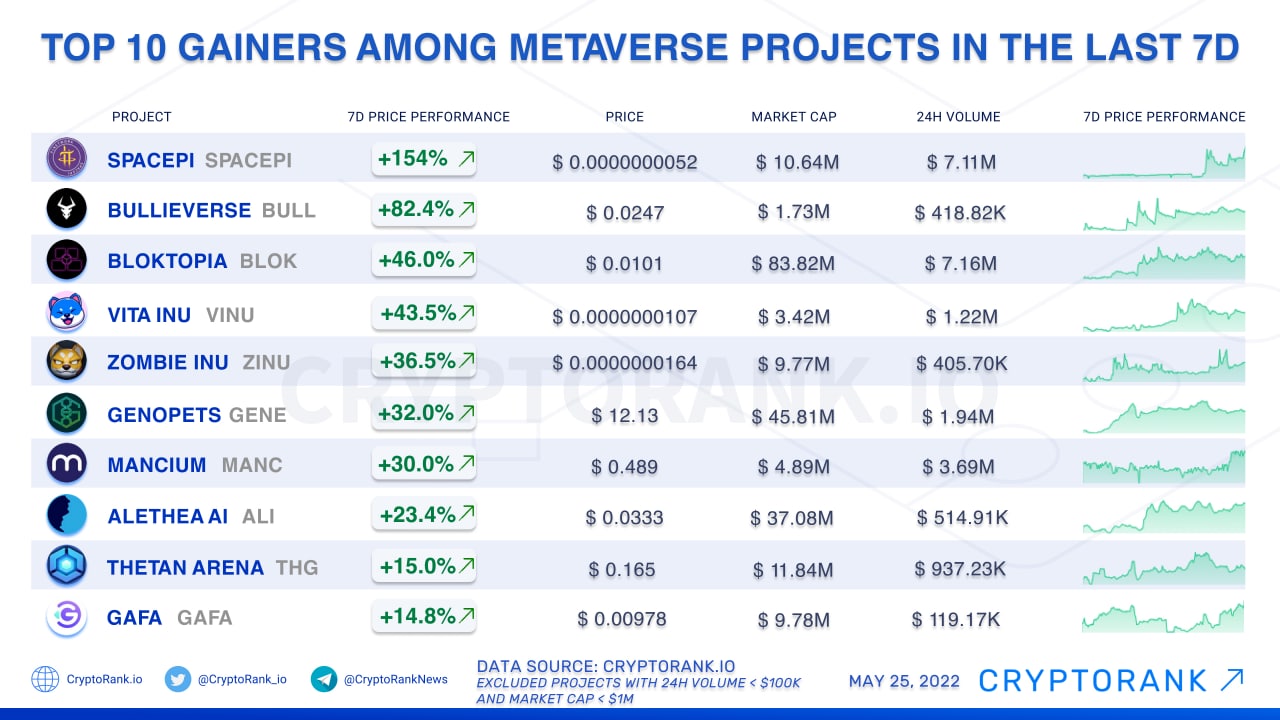 Top 10 Gainers Among Metaverse Projects in the Last 7 days 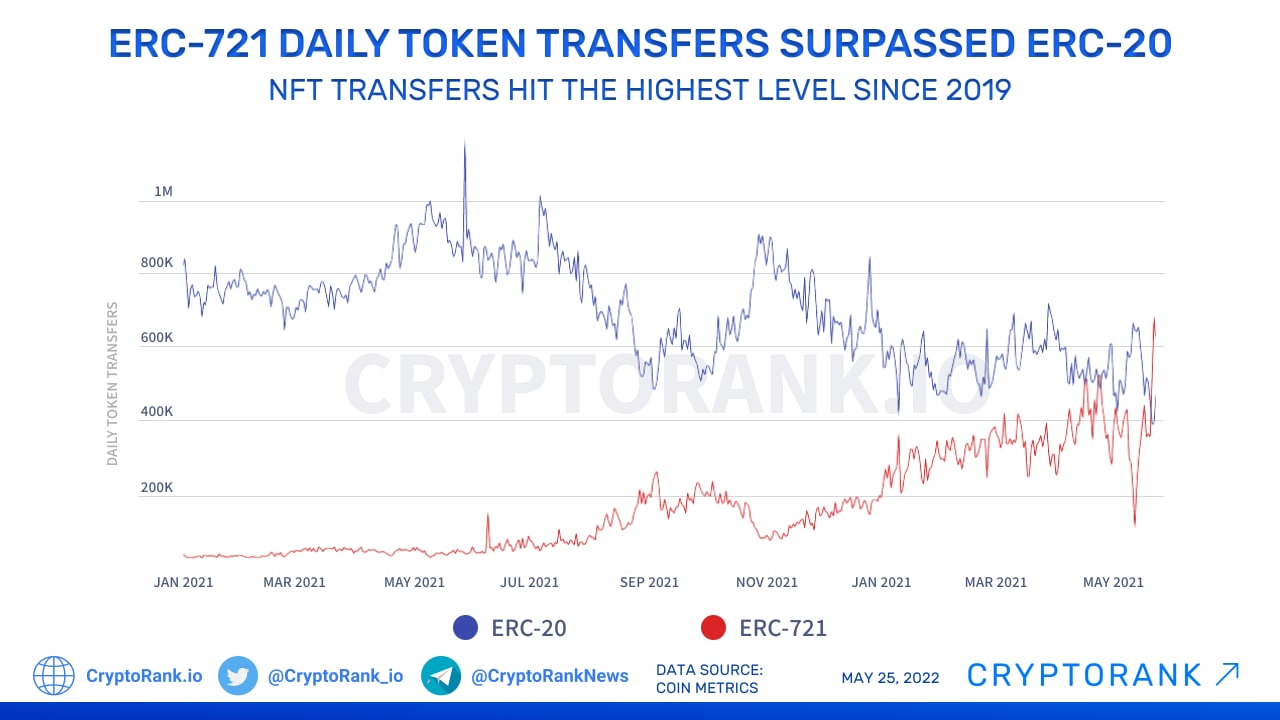