Initial Jobless Claims in the U.S. Amounted 6.6 Million Last week, 2 Times More Than in the Previous 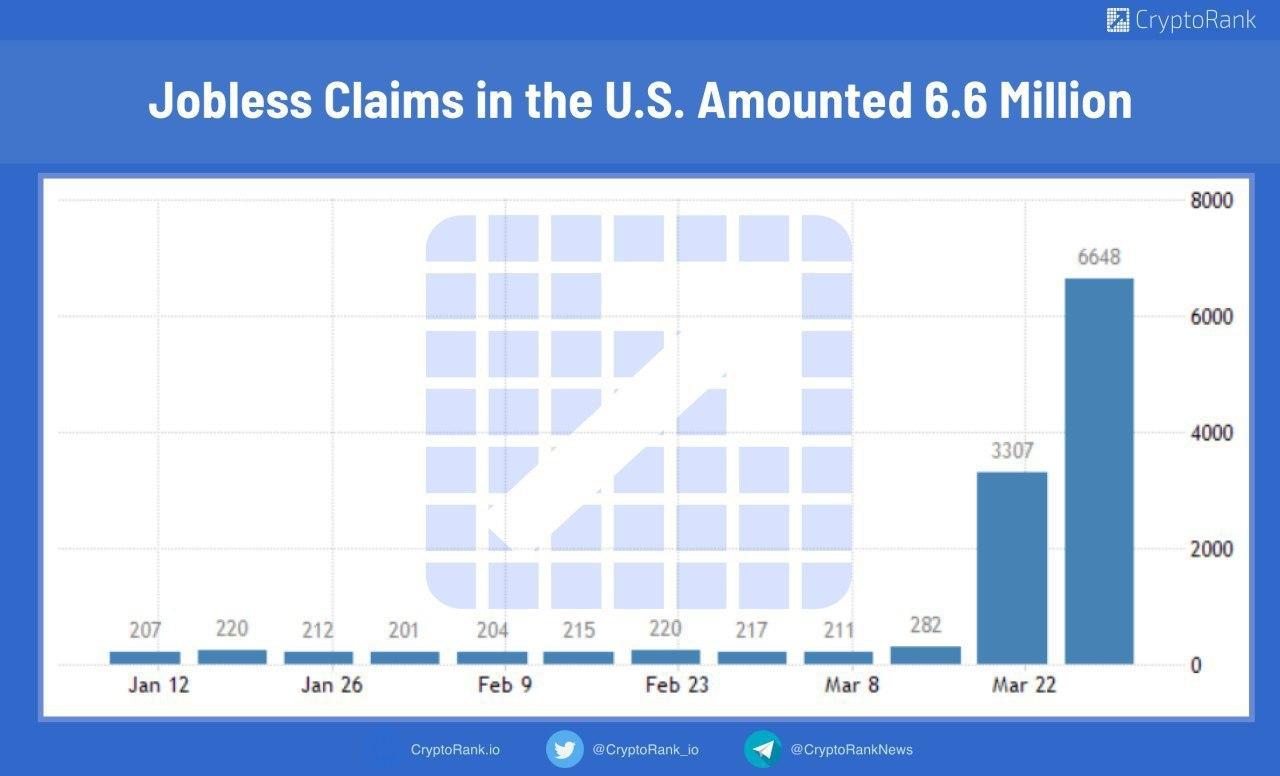 According to the U.S. Department of Labor, last week, more than 6.6 million Americans applied for unemployment insurance. Thus, the total number of citizens who have applied in the past 2 weeks has exceeded 10 million.

The indicator doubled the expectations of Dow Jones experts, who thought this figure would be about 3.1 million since 3.3 million were submitted the previous week.

Those who are at the bottom of the wage scale suffered especially hard during the crisis: in many enterprises, the staff has been completely reduced.

Experts shrug their shoulders, saying that America has not experienced such a scale of the crisis since September 11. And this time things seem to be worse than then.